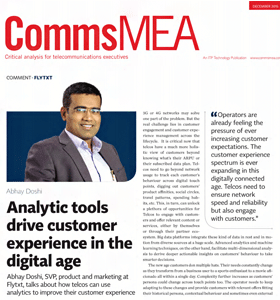 In an article in CommsMEA, Abhay Doshi talks about the role of Analytics in driving the new age customer experience. The new age customer is digitally savvy and always looking for personalised and relevant experience across touch points and contexts. Abhay explains how in this scenario, it is imperative for Telcos to expand the customer… 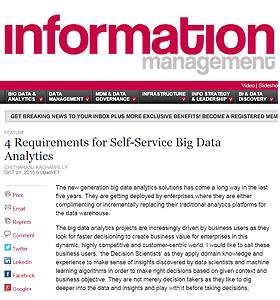 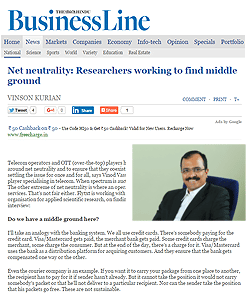 Article in The Hindu Business Line

In an interaction with The Hindu Business Line, Dr. Vasudevan, Group CEO, Flytxt, analyzes the existing net neutrality situation and points out the importance and need of a solution to allow co-existence of Telcos and OTT players in the digital space. He also mentioned Flytxt’s joint research effort with TNO, The Netherlands based independent organisation… 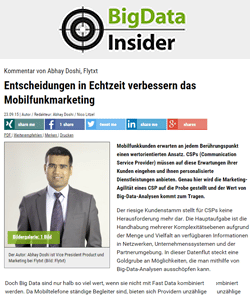 Abhay Doshi, Senior VP- Product & Marketing, Flytxt, stresses on the need of marketing agility for Telcos to compete in highly competitive and dynamic industry. According to him big data analytics should help Telcos to understand customers deeper and adapt to their changing needs and preferences quickly. To read this article in English, please click…

Should Digital Marketers Be Wary of Apple’s New Ad Blocker? 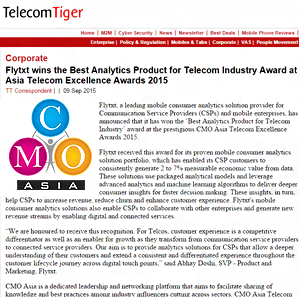 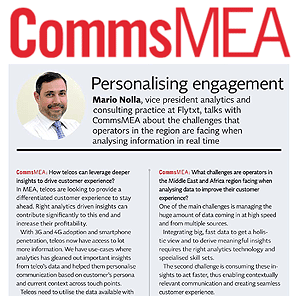 Mario Nolla, Vice President Analytics and Consulting Practice at Flytxt, talks with CommsMEA on how Telcos in ME are looking to compete on differentiated customer experience and how right analytics technology can help them in deriving deeper consumer insights.

Flytxt Scouts for Partners to Explore Areas Beyond Mobile Analytics

Dr.Vasudevan, Group-CEO, Flytxt in conversation with The Hindu Business Line speaks about the latest round of funding received by Flytxt. Dr.Vasudevan spoke about Flytxt’s plans to consolidate its presence in CSP market and to offer mobile consumer analytics solutions to other industry verticals. 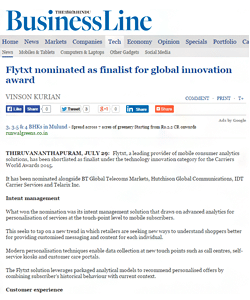 The Hindu Business Line carried a story on Flytxt being nominated as finalist in the Carriers World Awards 2015 under technology innovation category.