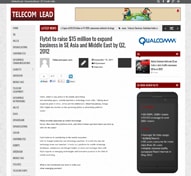 Flytxt to raise $15 million to expand business in SE Asia and Middle East by Q2, 2012

Flytxt believes in contributing to the mobile ecosystem with its thought leadership and technology expertise. It is with this idea the technology forum was launched. It works as a platform for mobile technology developers, enthusiasts and thought leader….. 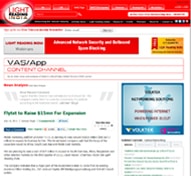 Flytxt to Raise $15mn For Expansion

Flytxt is also planning to launch its new mobile advertising platform QREDA by next month in India. The soft launch of QREDA platform was announced in January this year.