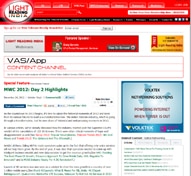 Going by the trends, industry experts believe that music, video and entertainment will remain the main revenue drivers. Says Abhay Doshi, VP, Product and Marketing, Flytxt, “In the coming year, data will evolve in a big way in delivering mobile content. Things to look out for in 2013 in mobile VAS are new innovations like… 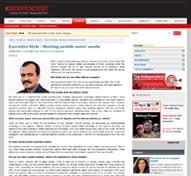 Interview with Vinod Vasudevan, CEO, Flytxt in The Independent

There are many ways in which we will contribute to the Ugandan Telecom Industry. By introducing our industry-leading technology to the Ugandan Telecom market, we bring the latest global mobile technology to the country. Secondly, our market-proven best practices in mobile marketing and advertising, which are tested across many parts of the world….. 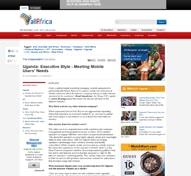 Interview with Vinod Vasudevan, CEO, Flytxt in All Africa

We make use of a comprehensive mobile marketing and campaign management technology platform known as Neon, which enables operators to engage with their subscribers in a personalised manner. This allows the operators to send highly relevant, timely and meaningful offers to their subscribers. With the help of Flytxt’s technology, operators can manage churn, enhance revenue….. 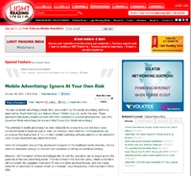 Mobile Advertising: Ignore At Your Own Risk

The potential of mobile advertising has been debatable for a long time, and not many were convinced about its business case in India. For instance, when Reliance Communications Ltd. announced the deployment of Flytxt’s Neon mobile marketing software platform on its network in 2009, it was considered way ahead of its time. 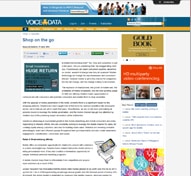 Shop on the go

As per Abhay Doshi, senior director, product and marketing, Flytxt, slowly the usage of the traditional media is decreasing and retailers are strongly focused on mobile to engage their customers. And several others are integrating mobile into the traditional marketing programs and strategies. 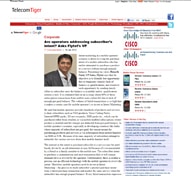 Presenting his views Hetarth Patel, VP Sales, Flytxt says that Its objective is to Identify lost opportunity due to temporary (timely) lack of balance or qualifications, and resurrect such opportunity by sending timely offers to subscriber once the balance is available and/or qualification criteria is met.