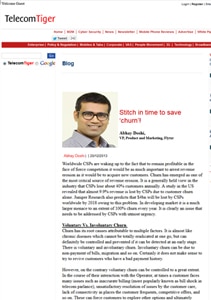 Stitch in time to save ‘churn’!

Worldwide CSPs are waking up to the fact that to remain profitable in the face of fierce competition it would be as much important to arrest revenue erosion as it would be to acquire new customers. Churn has emerged as one of the most critical source of revenue erosion. 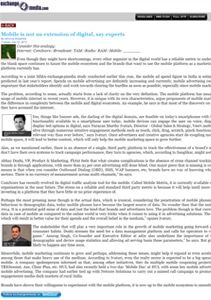 Mobile is not an extension of digital, say experts

Most of the data available to marketers and brands is through applications, with more than 95 per cent advertising still done blind. One major piece that is missing is consistency of targeting across mobile channels. 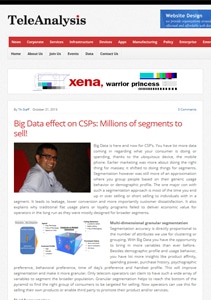 Big Data effect on CSPs: Millions of segments to sell! 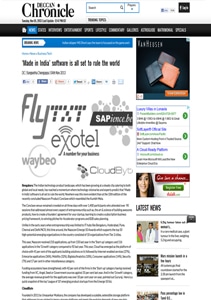 ‘Made in India’ software is all set to rule the world

The Indian technology product landscape, which has been growing at a steady clip catering to both global and local needs, has reached a momentum where technology visionaries and experts predict that ‘Made in India’ software is all set to rule the world. Nowhere was this more evident than at the 10th edition of the recently… 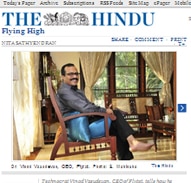 “I’m fortunate to have got good breaks in my career, progressing from academics to basic research to applied research and then running a start-up to working in a large corporate, and now Flytxt. Each step was a good transition, just at the right time. Now, all my focus is on turning Flytxt into a truly… 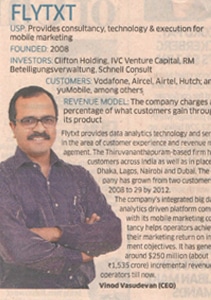 Article in The Economic Times

Flytxt provides data analytics technology and services in the area of customer experience and revenue management. The Thiruvananthapuram-based firm has customers across India as well as in places like Dhaka, Lagos, Nairobi and Dubai. The company has grown from two customers in 2008 to 29 by 2012. 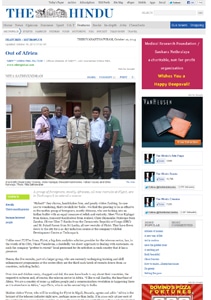 Article in The Hindu

A group of foreigners, mostly Africans, all new recruits at Flytxt, are in Technopark to attend a course 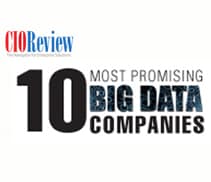 Flytxt has been included in CIOReview magazine’s ’10 Most Promising Big Data Companies’. These providers not only provide solutions to the enterprises, but help them identify the core criticalities leading to huge revenue expenditure that can be curtailed by using the best fit for these issues. A distinguished panel comprising of CEOs, CIOs, VCs, analysts…

Mobile Apps will bring in new challenges to service providers

Despite enterprises worldwide investing heavily in mobile self applications, its discovery and adoption is still a daunting task. Enterprises hire marketing agencies to market their app to their customers however they forget that they have the most powerful tool in their hand – their call centers. When their customers call them, enterprises can push their…