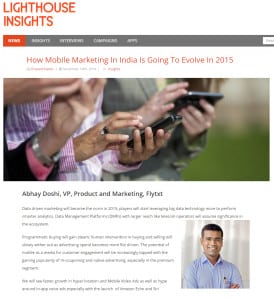 How Mobile Marketing in India is Going to Evolve in 2015

Abhay Doshi, VP, Product and Marketing, Flytxt sharing his views on how the Indian mobile marketing space will evolve in 2015. According to Abhay, Data driven marketing will become the norm in 2015 and players will start leveraging big data technology more to perform smarter analytics. 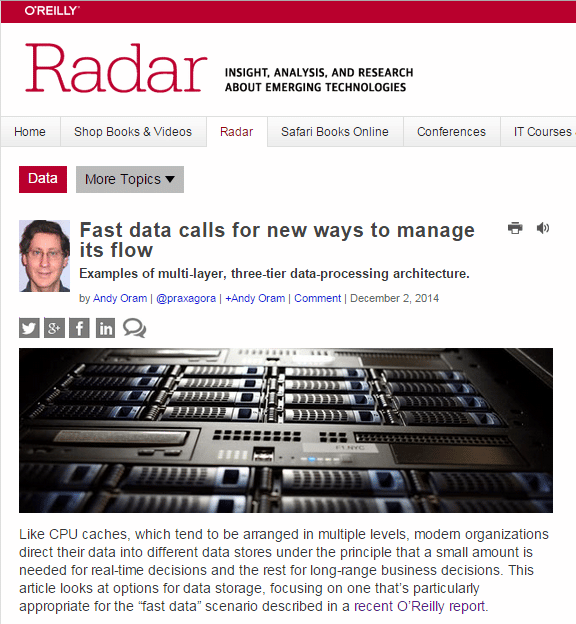 Fast Data Calls for New Ways to Manage its Flow

This article looks at the new ‘fast data’ scenario, where real-time decision making is critical for organization’s performance. Flytxt is mentioned as a sample vendor with multi-layer, three-tier architecture processing data streams from more than 200 million mobile subscribers,extracts intelligence from four billion events per day thus enabling operators to make quick decisions based on… 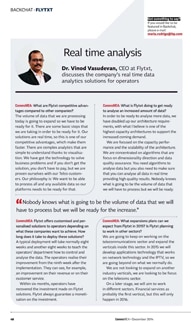 Dr.Vinod Vasudevan, Group CEO, Flytxt while talking with Editor CommsMEA Magazine, spoke about how Flytxt is preparing for handling the data explosion in Telecom environment. He also mentioned that customers typically recover the investment made on Flytxt’s analytics powered monetization solutions in around six months. 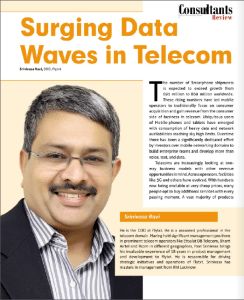 Srinivasa Ravi, COO, Flytxt in conversation with Consultants Review, spoke about data explosion in the telecom Industry and role of consulting in monetizing data to generate measurable economic value. 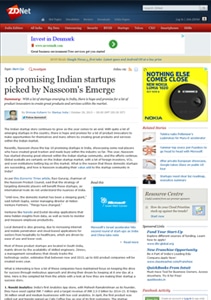 With a lot of startups emerging in India, there is hope and promise for a lot of product innovators to create great products and services within the market. 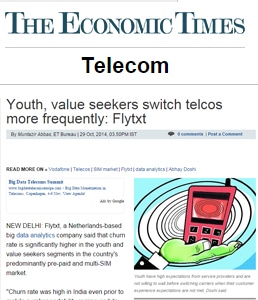 Report in The Economic Times

Abhay Doshi, VP- Product & Marketing, Flytxt gives a detailed view on challenges prevailing in Indian Telecom sector. According to Abhay, value seeker subscriber segment can potentially erode operators’ margins by taking impulsive decisions influenced by factors like attractive offers from competitors, discounts and so on. Abhay added that it is important for an operator… 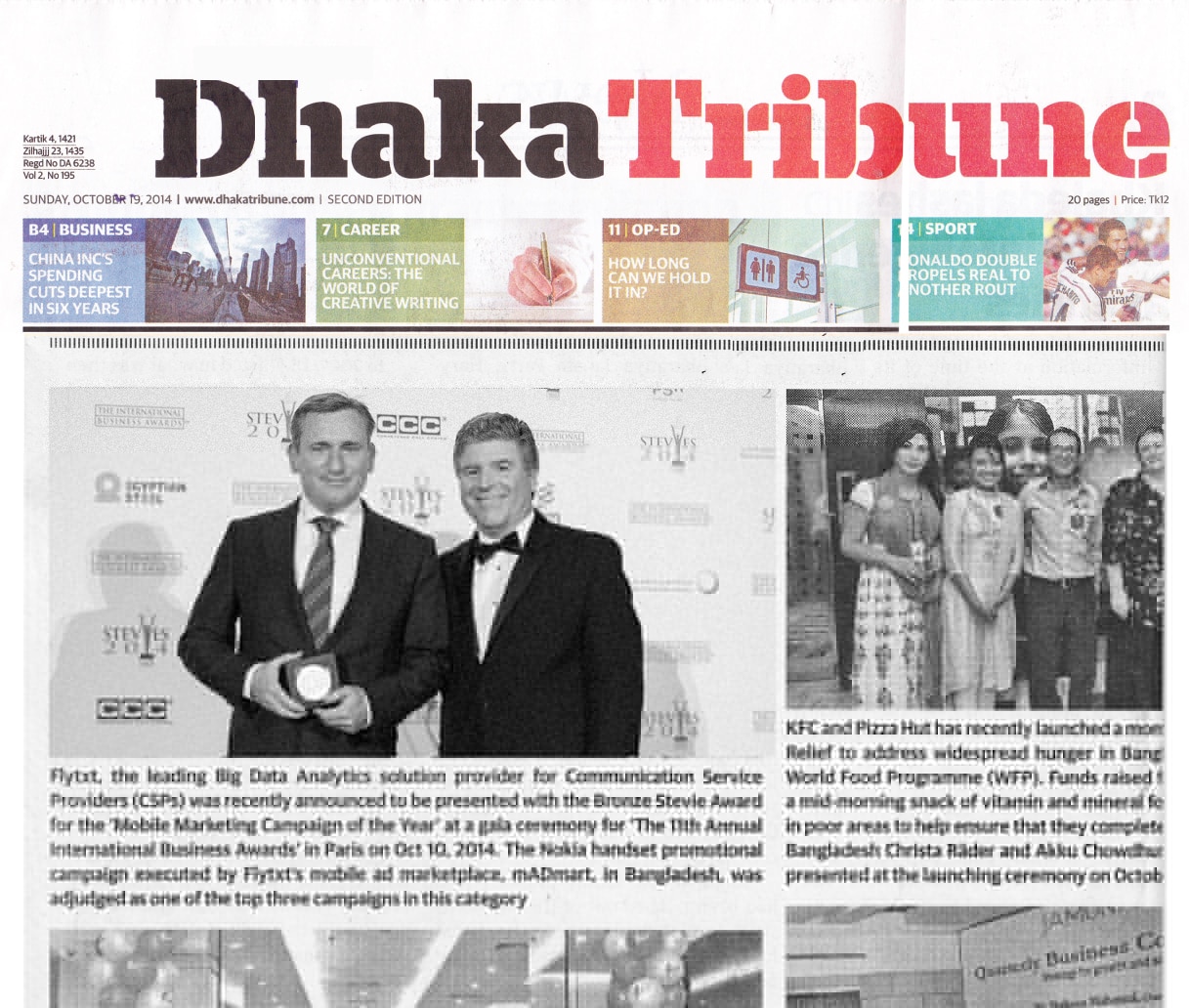 Article in SiliconIndia Magazine ‘Company of the Year 2014′ Supplement

SiliconIndia features Flytxt as the ‘Çompany of the Year’ in Telecom Analytics category for the year 2014. They have profiled Flytxt in their special supplement announcing ‘Companies of the Year’ for various categories. 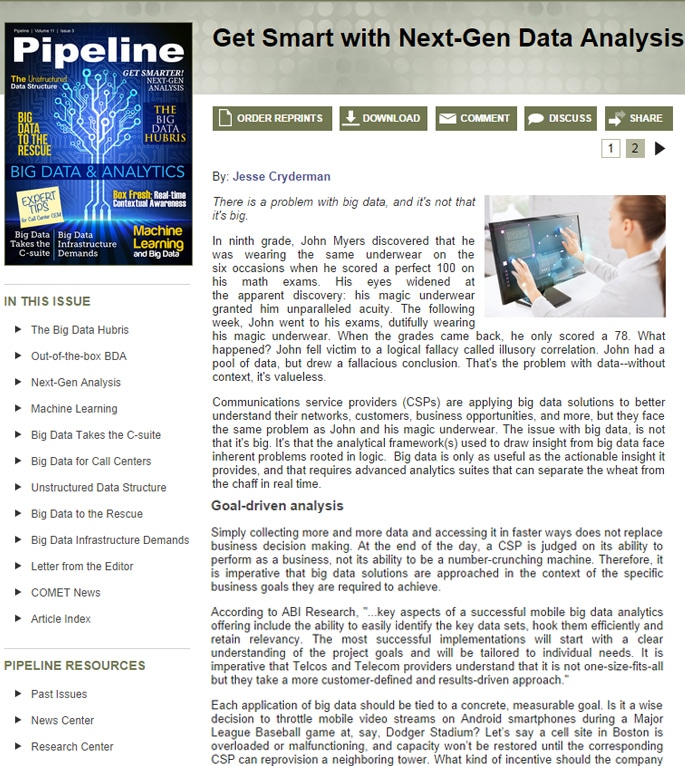 Get Smart With Next-Gen Data Analysis

This article elucidates the importance of ‘Goal-driven analysis’ for Communication Service Providers (CSPs), leveraging Big Data, to generate actionable insights from available data and how it enables generating incremental economic value.Flytxt has been mentioned as a specialized advanced analytics solution provider for Telecom Industry.