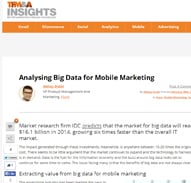 Given the sheer extent of information now available, making sense of the data is never going to be an easy task, but CSPs now find themselves in an enviable position – with valuable insight that can help marketers become ever more targeted and successful. With the emergence of big data and its uses, a CSP can really capitalise on the opportunity and find itself at the centre of the mobile advertising ecosystem. 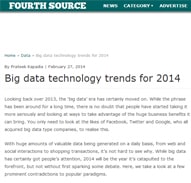 Looking back over 2013, the ‘big data’ era has certainly moved on. While the phrase has been around for a long time, there is no doubt that people have started taking it more seriously and looking at ways to take advantage of the huge business benefits it can bring. You only need to look at the likes of Facebook, Twitter and Google, who all acquired big data type companies, to realise this. 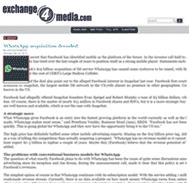 The high price has definitely baffled some other mobile advertising experts. Musing on the $19 billion price tag, Abhay Doshi, VP (Product Management & Marketing), Flytxt said that he saw it more as a way of killing the competition than actually acquiring a prospect. WhatsApp has no revenue model so it cannot be about the money. If you are paying $19 billion for something, then you would at least expect $2-3 billion in top line a couple of years. 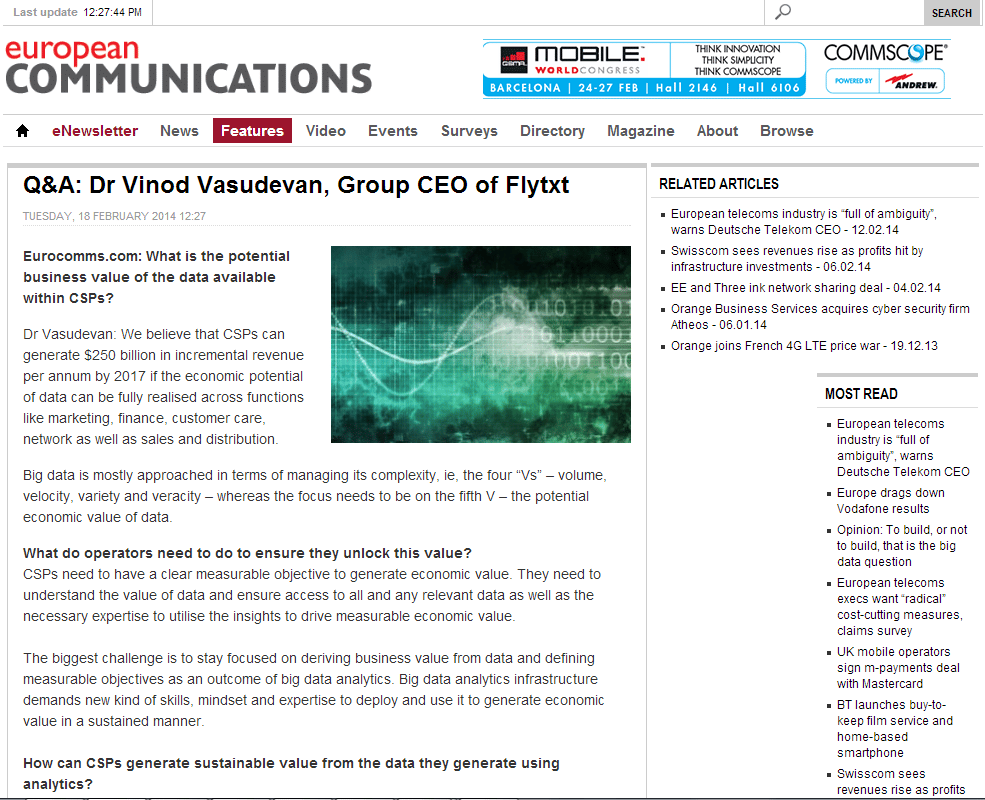 We believe that CSPs can generate $250 billion in incremental revenue per annum by 2017 if the economic potential of data can be fully realised across functions like marketing, finance, customer care, network as well as sales and distribution.

Big data is mostly approached in terms of managing its complexity, ie, the four “Vs” – volume, velocity, variety and veracity – whereas the focus needs to be on the fifth V – the potential economic value of data.