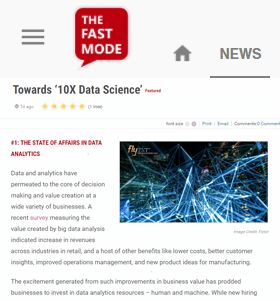 Article in The Fast Mode

In an interaction with The Fast Mode, Prateek Kapadia, CTO, Flytxt said that business leaders are now focusing more on improving productivity of analytics and data science practice; realization of packaged analytics products is going to be the single most driver towards achieving it. 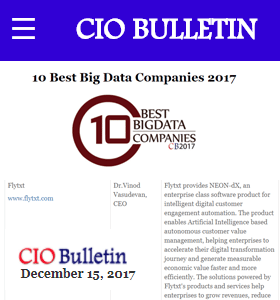 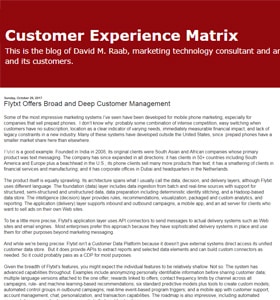 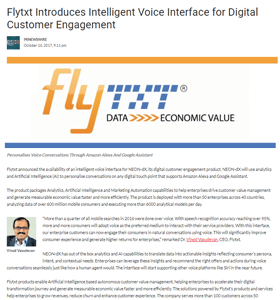 Flytxt introduced an intelligent voice interface for NEON-dX, its digital customer engagement product. NEON-dX will use analytics and Artificial Intelligence (AI) to personalise conversations on any digital touch point that supports Amazon Alexa and Google Assistant. 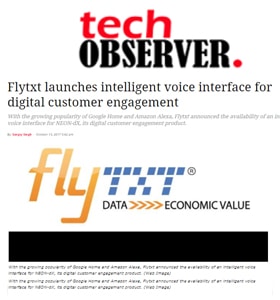 Flytxt has announced the availability of an intelligent voice interface for NEON-dX, its flagship product for digital customer engagement. It will allow enterprises to have personalised conversations with consumers on any digital touch point supporting Amazon Alexa and Google Assistant platforms. The interface will start supporting other voice platforms like Siri subsequently. 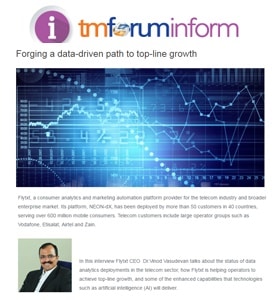 In an exclusive interview with TMForum, Dr. Vinod Vasudevan, CEO, Flytxt talks about the status of data analytics deployments in the telecom sector, how Flytxt is helping operators to achieve top-line growth, and some of the enhanced capabilities that technologies such as artificial intelligence (AI) will deliver. 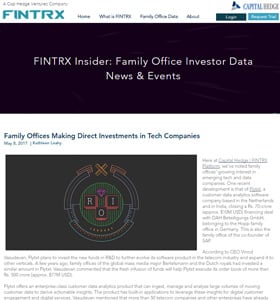 Flytxt closed $10M USD financing deal with DAH Beteiligungs GmbH, belonging to the Hopp family office in Germany, the family office of the co-founder of SAP. A few years ago, family offices of the global mass media major Bertelsmann and the Dutch royals had invested a similar amount in Flytxt. Dr. Vasudevan commented that the… 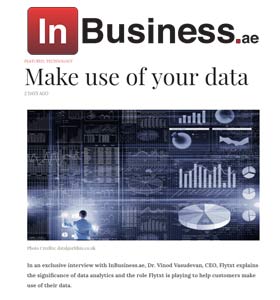 Make use of your data

In an exclusive interview with InBusiness.ae, Dr. Vinod Vasudevan, CEO, Flytxt explains the significance of customer data analytics and the role Flytxt is playing to help customers make use of their data. 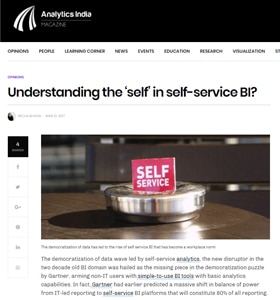 Understanding the ‘self’ in self-service BI?